This week I returned to Ohio University to begin my Sophomore year. Getting back into the swing of things, especially with numerous general education courses, has proven a bit strenuous at times. Despite getting aquatinted with a variety of new classes, I've kept taking photos. Just before arriving back in Athens, I was promoted from a stringer photographer to a staff photographer at Ohio University's student newspaper, The Post. I'm excited to be on staff for The Post this school year, and also to have the privilege of learning from some of the world's brightest educators at Ohio University's School of Visual Communication.

I've spent the majority of my first week with The Post creating a video about Ohio University's football team. The Bobcats play Louisville this Sunday (today) and the video focuses on how the team prepares for big games. Ohio has defeated big name schools before, such as Penn State last year, and the Bobcats look for another win today.

This week for The Post I've also worked on various still photography assignments. One of which was about a student homeowner in Athens who has had a nightmarish ordeal getting her landlord to fix the numerous pre-existing issues with the house she and her roommates inhabit. The Athens Department of Development Enforcement and Facilities listed 28 health code violations for the house this year. 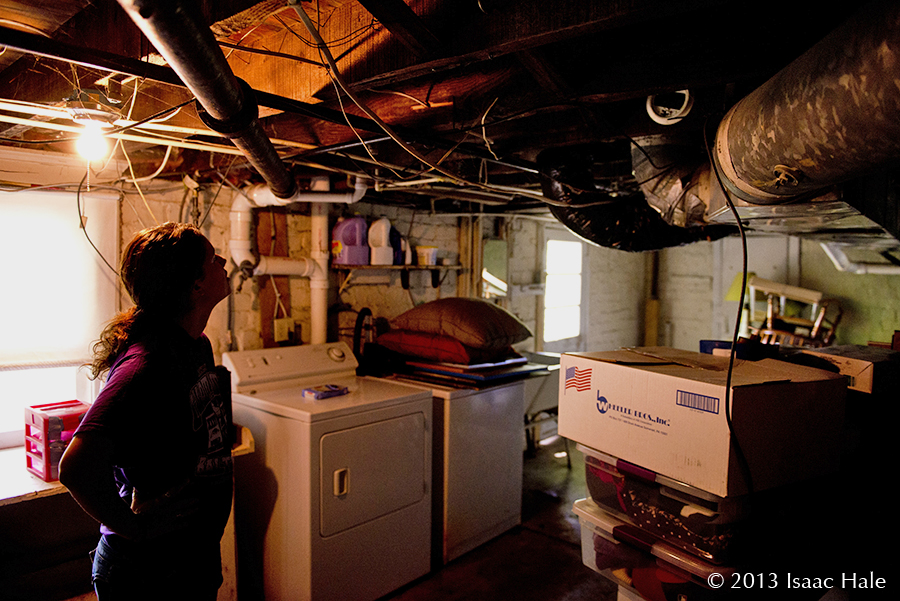 Katie Spector checks the condition of her basement at 52 Grosvenor St.

I also photographed a story about the new coaching staff for Ohio University's Women's Soccer team. I sat in on a practice and shot some candid photos of the new head coach. 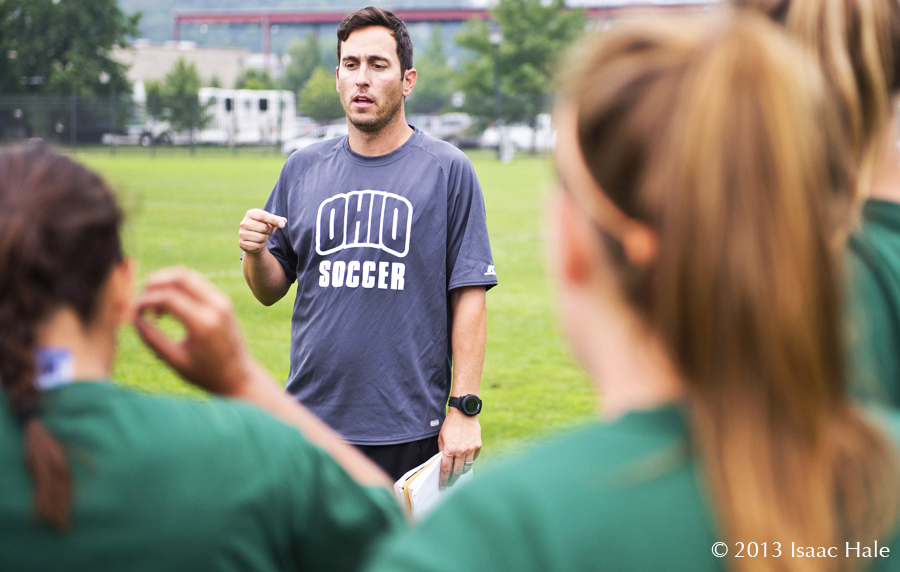 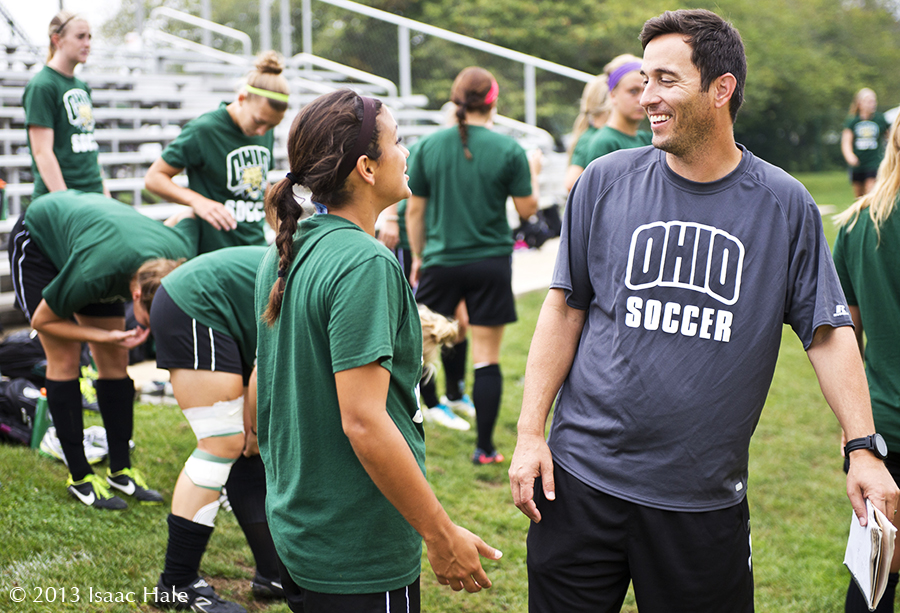 This week I've also taken some time to walk around Athens with my camera, just to see what there is to see.

Mardi McFly of Cadillac, MI, and Bren McCormick of Melbourne, FL, craft jewelry with hemp, wire, beads, crystals, and various other items Thursday evening on Court St. while others pass by. 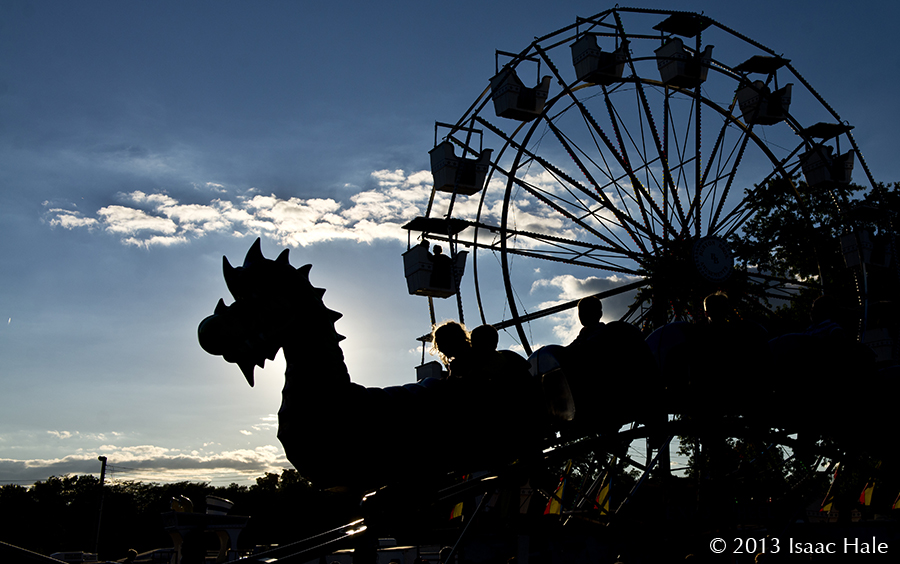 Children ride a dragon themed roller coaster in front of the ferris wheel in the sunset Wednesday at the Miami County Fair.

From August 9 - 15, I capped off an amazing summer internship with The Piqua Daily Call taking photos at the 2013 Miami County Fair. Although I had a few other assignments, fair week had the majority of my attention. There were a few shows and events, but the majority of feature photos came from candid shots of visitors enjoying themselves. 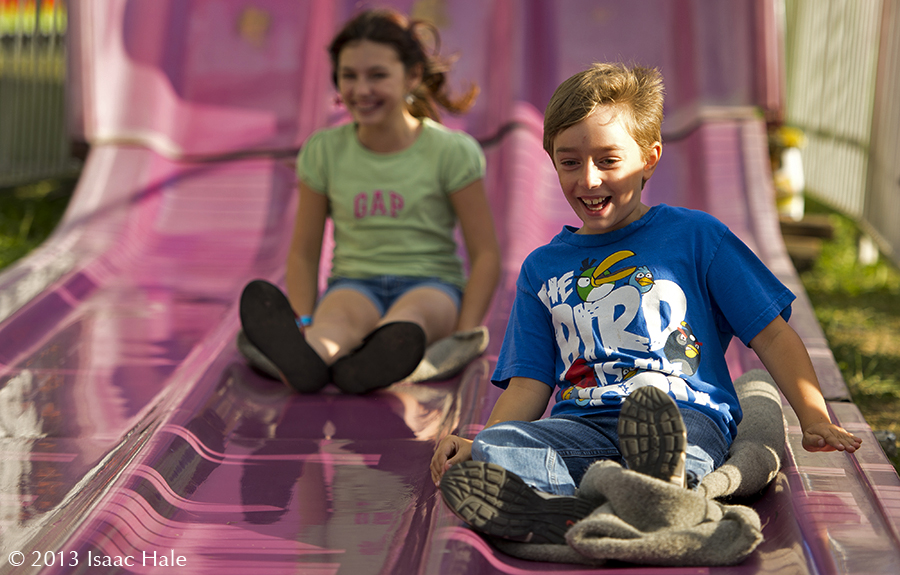 Hunter Shoffner, 7, and Macy Poling, 12, zip down the potato sack slide Wednesday evening at the Fair. 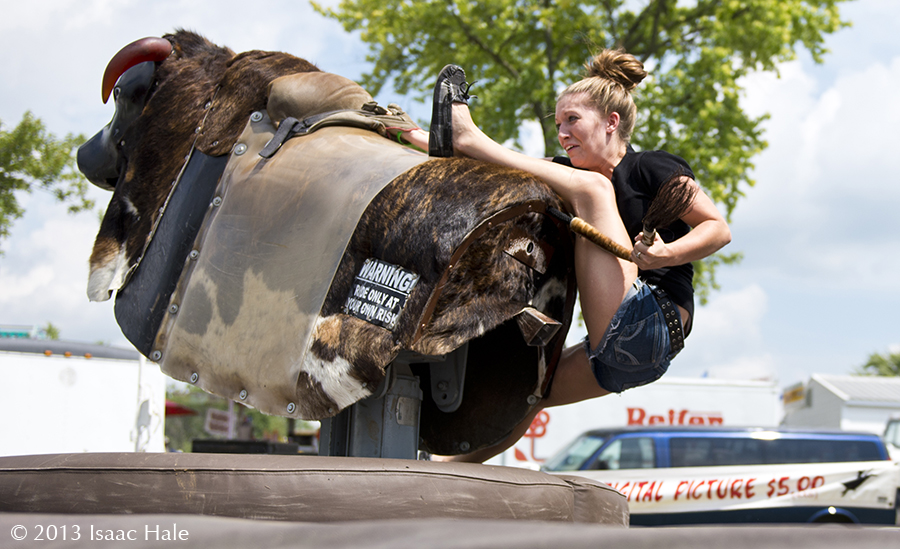 Natalie Morris holds on for dear life as she is thrown screaming from the mechanical bull at the Fair on Saturday. 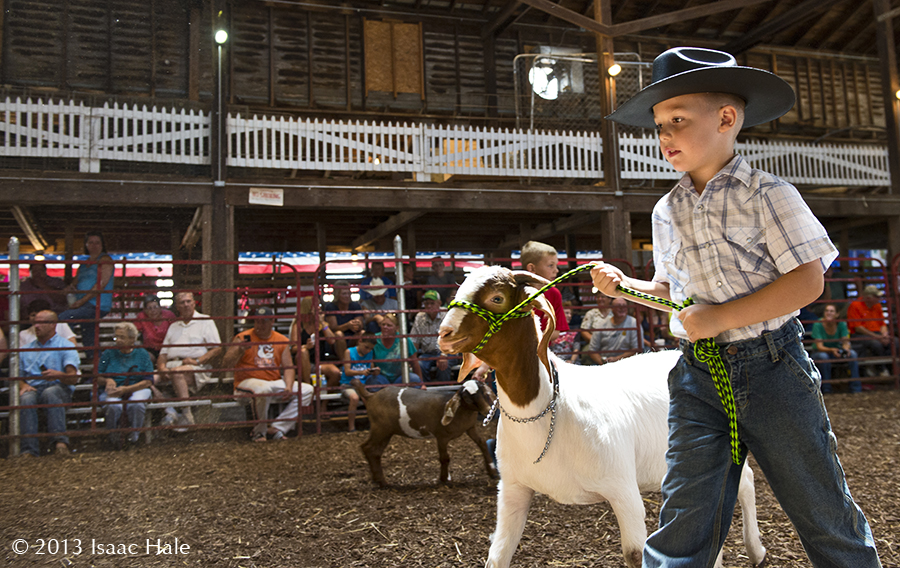 Carrick Kuta, 6, of Indiana and the Ham and Lamb 4-H Club walks his goat towards the exit of the goat barn after a showing at the Fair on Saturday. 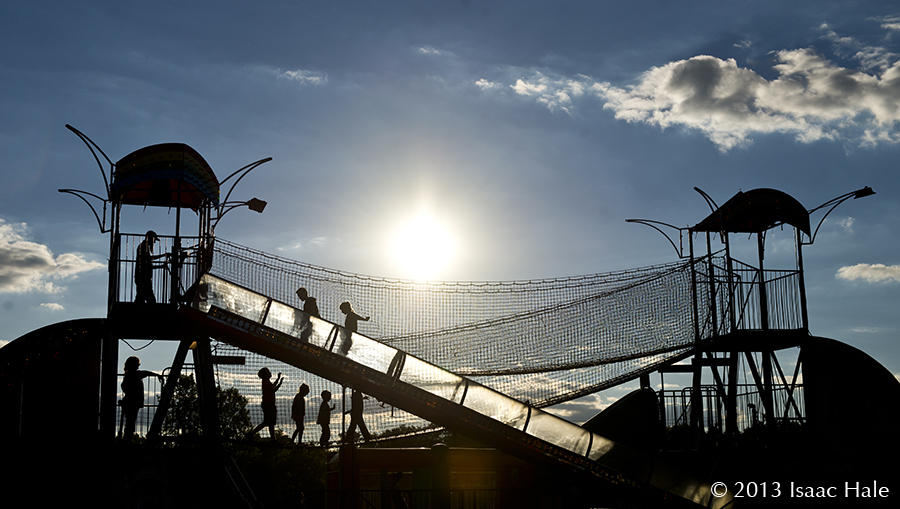 Children walk through an open fun house style attraction Wednesday at the Fair. 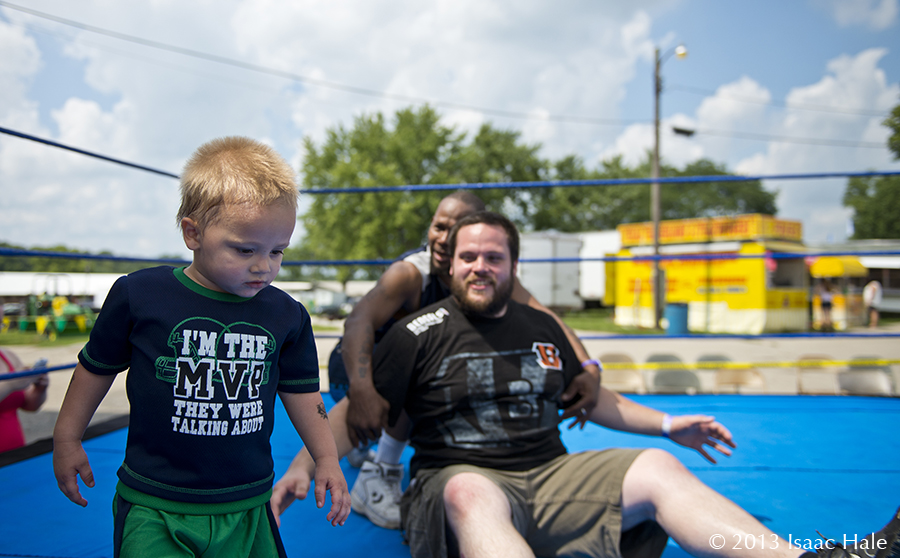 Atticus Case, 2, acting like a tough guy, looms over his father Evan Case as referee Victor Bell holds his arms Saturday before a Big Time Wrestling match at the Fair. 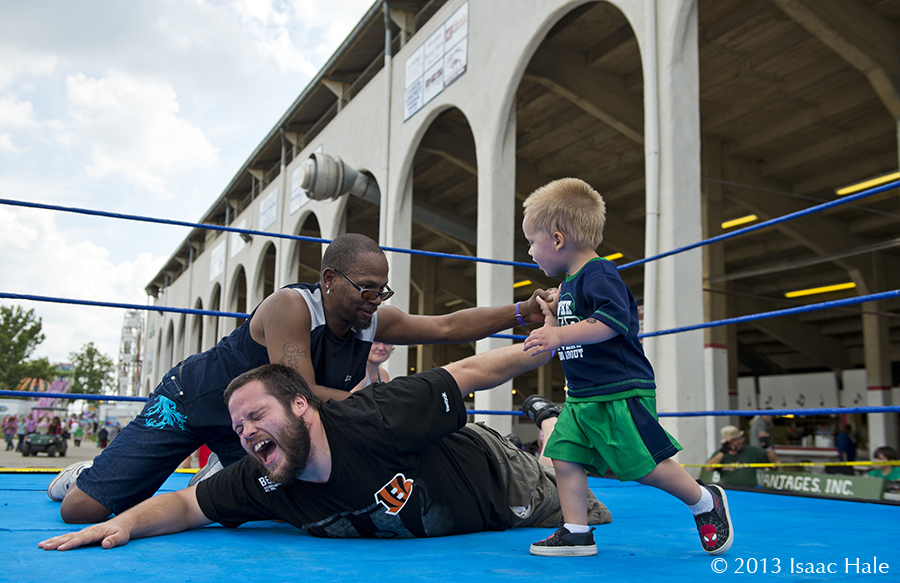 Evan "Steel" Case pretends to yell in pain as his son Atticus Case, 2, pulls on his arm while assisted by referee Victor Bell.

As I said before, the fair served as a bookend to the latter portion of my internship with The Piqua Daily Call. Mike Ullery, and the rest of The Piqua Daily Call staff have made what could've been a bland summer in small town Piqua, OH into possibly the most memorable and rewarding summers I have ever had. As chief photographer, Mike especially has given me generous opportunities and helped teach me valuable skills that I will take back with me to Ohio University when I head back to Athens, OH next week. I had a great time at the fair, and I look forward to transitioning back to college. 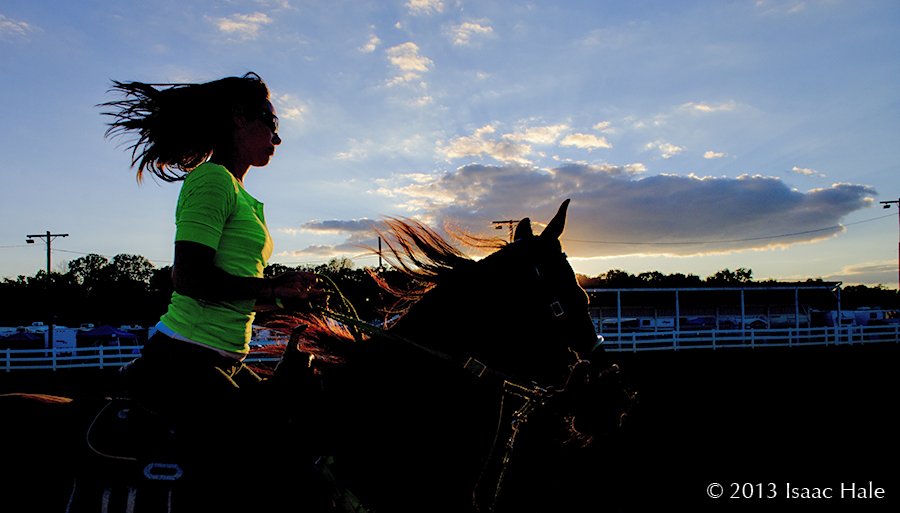 A rider takes her horse out for a couple practice laps around the corral in the sunset on Wednesday evening. 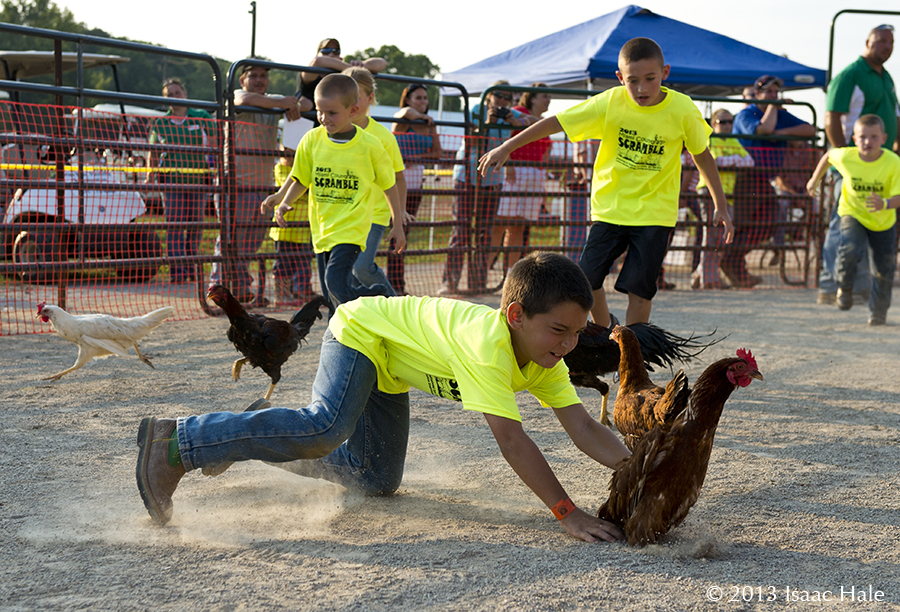 Anthony Naff, 8, dives to catch a chicken during the livestock scramble held at the Miami County Fair located just outside Troy, OH on Sunday, August 11, 2013.

This Sunday evening I was lucky enough to photograph a livestock scramble at the Miami County Fair located just outside Troy Ohio for The Piqua Daily Call. When I arrived at the grandstand in the fair grounds, I was asked if I had ever really been around farm animals - I said that I hadn't been in very many intimately close situations with such creatures. Things got personal pretty quickly. I had a ton of fun with this assignment, nothing beats watching people run down farm animals in front of a large cheering crowd.

The evening started off with younger children chasing chickens and ducks. After a few rounds, teenagers took the ring and began chasing small pigs. 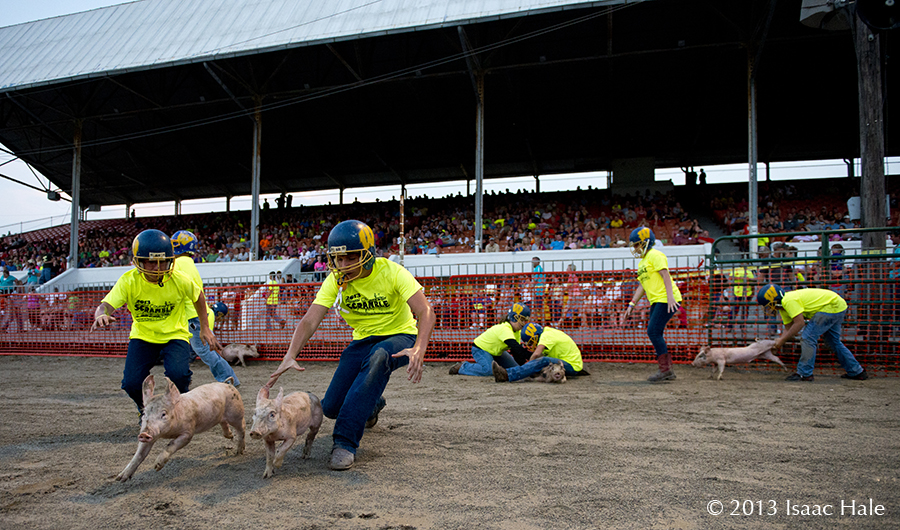 Teens with greasy oil from the elbow down chase small pigs in front of the grandstand at the Miami County Fair.

The most entertaining part of this portion of the show was that the teens had to catch these nimble pigs with oily hands, which made the pigs that much harder to hold on to. 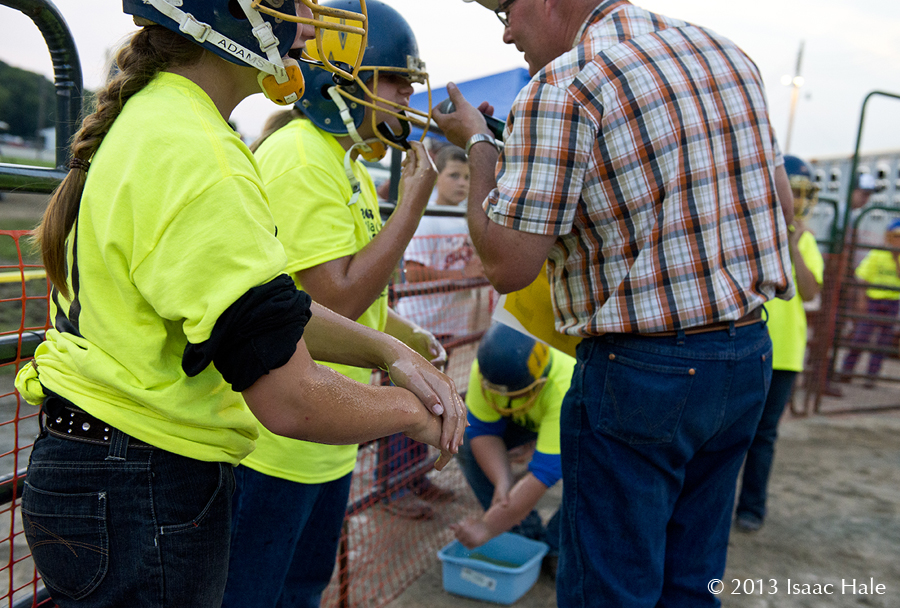 Teens grease their arms up in a small tub of oil as they prep themselves to catch pigs at the Livestock Scramble. 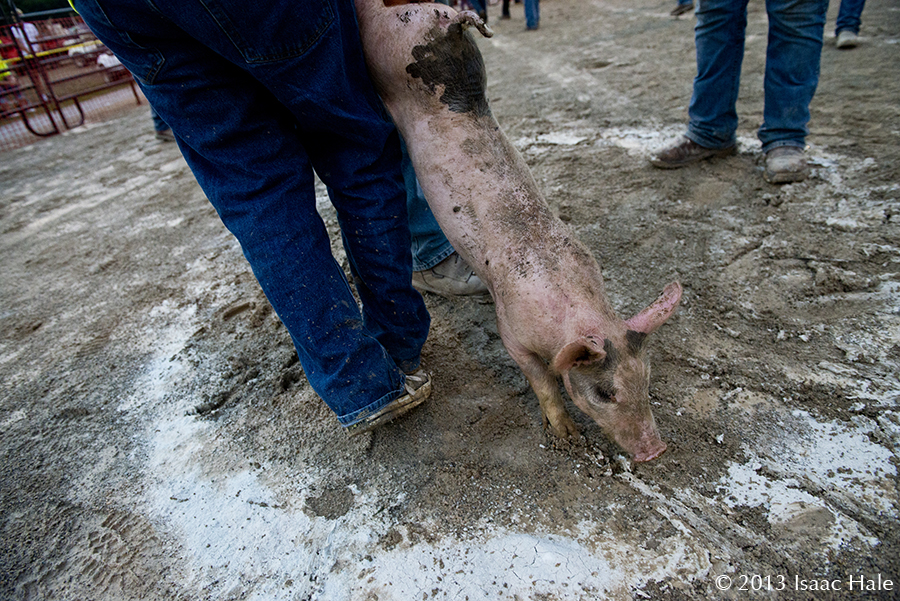 A pig is dragged into the white circle at the Livestock Scramble, thus completing the round for the participant.

Near the middle of the Scramble, children from the crowd were allowed to partake in a large round of catching chickens. 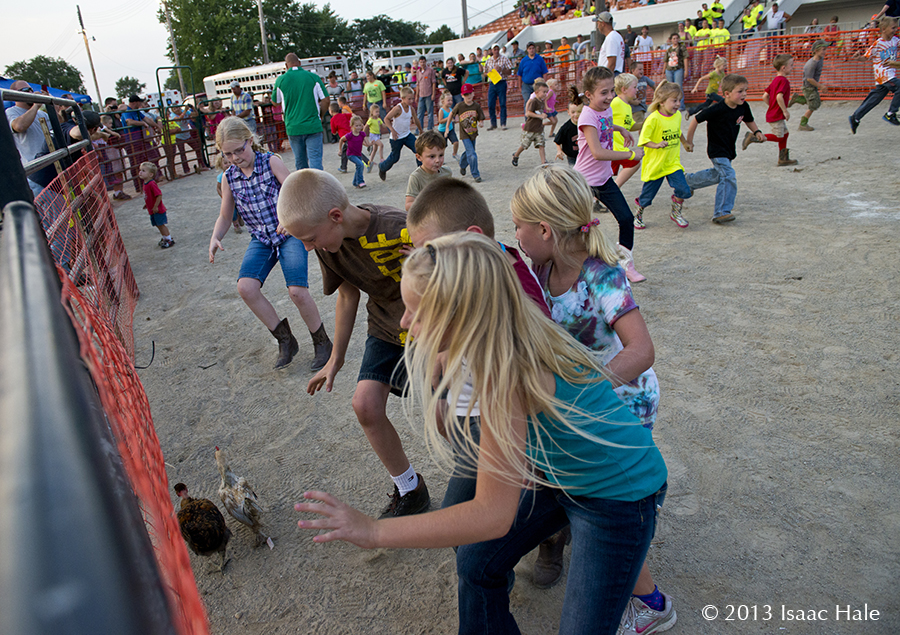 Children from the audience corner two chickens during the open round of the Livestock Scramble.

The last round of the evening featured older teens (up take age 18) catching young calfs. All the livestock before this round weren't too formidable, but the calfs certainly warranted a degree of caution. By this point, the grandstand was quite dark save for artificial lights. 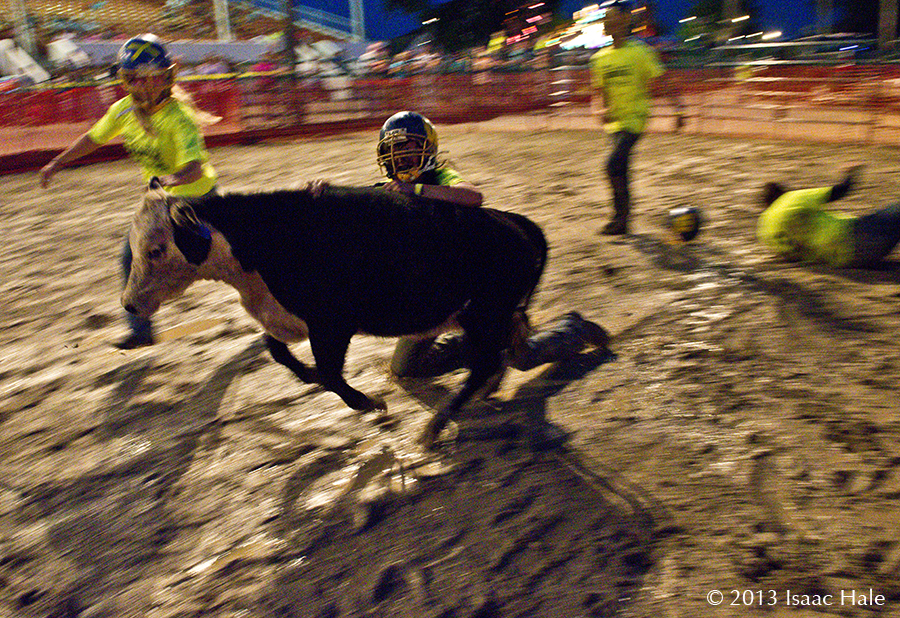 A teen struggles to hold on to an angry calf after the animal knocked the helmet off another participant.